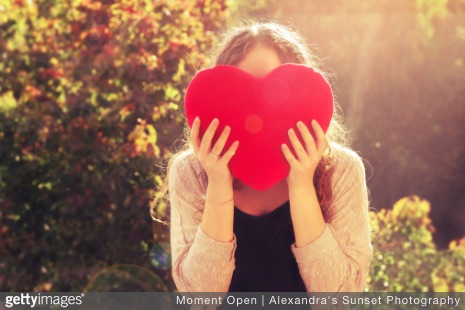 Self-Love is a buzzword I hear often. Even social media hashtags proliferate the concept. Yep. #SelfLoveSunday. It’s a thing.  So are those barefaced “I woke up like this” selfies. Of course you did. After 10 minutes of choosing a filter.

But regardless, the implication is clear. We should accept, embrace, even flaunt our own uniqueness. And the haters can just shove their criticism. Well…umm…brownie points for that empowering mantra, but one issue still remains.

Social media is not an accurate depiction of reality. Which makes me wonder: How many of these self-love posts crowding my Instagram feed represent women who really do love themselves?

Do they feel as confident, poised and vivacious as their expressions would suggest? Or is there a secret shame cowering behind that camera lens?  A brokenness hidden beneath a brazen facade?

Not because I’m a cynic, but because we live amidst a contradictory culture that heaps emphasis on airbrushed physical standards, while encouraging women to appreciate their idiosyncrasies.

These two messages can’t coexist. When society demands perfection, where does that leave the imperfect? Scrutinizing every inch of their bodies, chasing self-love but coming up short.

I’m no stranger to this cycle.

In fact, the first conscious realization of my own “subpar” physique came at 8 years old. This perception (however irrational) spiraled into a decade long struggle with distorted body image, restrictive behaviors and obsessive hyper-criticism. A.K.A. the antithesis of self-love.

No hashtag is gonna convince me to change that perspective though. No social media campaign will reverse these beliefs entrenched in my psyche. No superficial impetus can undo the damage within. Healing comes from a much higher pursuit.

When you recognize that vulnerability isn’t weakness.

That admission of flaws isn’t acceptance of defeat.

That relying just on yourself isn’t a buffer from pain.

That drawing strength from others isn’t disempowerment.

So, why is self-love an elusive concept? Because we’re conditioned to skepticize and overanalyze these simple truths instead of affirming them at face-value. But when we move past the barricades, we experience more than self-love. 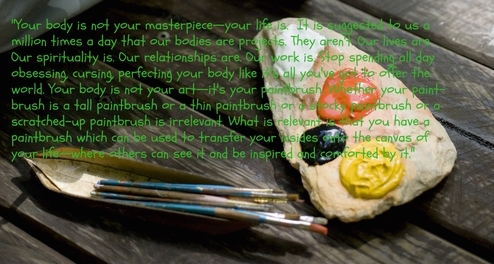 It's just how I see things

With Love From Akshata

Variety
Cooking with a Wallflower
A SITE WITH A BITE!
Mountain Maven

My outdoor adventures in the Last Frontier

Bringing Your Bud To You

Health Be A Hippie

Live bold. Run free. Be you.

Striving to live a healthy, happy life...one day at a time.

Marathon Training For Life in order to Live Beyond Expectations

stories, pictures and cooking tales from an english woman living in rome.

Food does not need to be fancy to be celebrated